Microfinance Growing in Attraction to Private-Equity 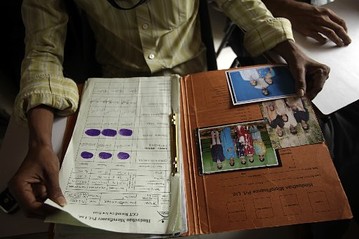 Amid all the negative news surrounding the private-equity industry, one sector that caters to the poor is drawing interest from these firms: the microfinance industry.

The returns in investing in these companies—which make small loans to entrepreneurs in developing economies—are good, too.

That’s the view of Xavier Pierluca, chief investment officer of Luxembourg-based Bamboo Finance, which manages $250 million in assets and specializes in socially responsible investments globally. The fund just acquired a non-profit, Boston-based Accion Investment Fund, for $105 million in a transaction which the firm says shows the attractiveness of the sector to private capital.

In Asia, Bamboo Finance is currently invested in Xac Bank in Mongolia, which provides microfinancing in as well as lending to small and medium enterprises. The bank began as a non-profit organization but has now grown to become one of the country’s largest banks, said Mr. Pierluca. It also has investments in Kyrgyzstan and India. It is now looking closely at the Philippines, Sri Lanka, and would like to invest in Indonesia. The firm is currently awaiting regulatory approval to open its Singapore office. Mr. Pierluca says microfinance is growing quickly in Asia too because of rapid economic growth in the region, as well as changing regulations as governments start to understand the benefits of microfinance for their economies.

According to Mr. Pierluca, about $72 billion of assets around the world are being invested in microfinance right now, having grown significantly over the last 10 years. He said around four or five large private-equity funds currently invest in microfinance, and he is seeing more interest from those firms, as well as large financial institutions, in the sector.

In 2007, microfinance-related deal volume was below $100 million, growing to between $300 million to $400 million a year, he said, fuelled largely by private-equity activity but also large banks that are looking to acquire microfinance lenders.

The returns are also attractive. “We’ve seen a few deals deliver internal rates of return of over 10% or 15% to international investors, even over 20%,” he said. In terms of risks, Mr. Pierluca said the business model of microfinance is highly transparent, facilitated by international organizations with much readily-available information.

The main risk for microfinance businesses is in political interference, he said. For example, in the Indian state of Andhra Pradesh, Mr. Pierluca said the government decided to change the frequency and method of collecting installments on loans to pander to the electorate, making it difficult for lenders to operate, although critics of microfinance also contend that micro lenders in India sometimes charge exorbitant interest rates and use coercive methods to recover debts.

In response, the Indian government introduced a bill in May to regulate the sector, giving powers to the central bank to set the maximum rates that can be charged by micro lenders.

Among Bamboo Finance’s investors, or limited partners, are Dutch pension fund ABP, the government of Abu Dhabi’s Aabar Investments, and other family offices and high net worth individuals.