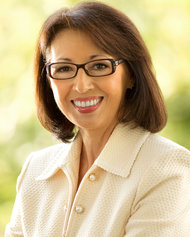 Every month, Tanita Alfaro, a diminutive night-shift office cleaner in Rockville, Md., puts aside $150 to send to her parents in an impoverished village near the Salvadoran city of San Miguel. Her husband walked 1,700 miles from their war-torn land to the United States-Mexico border 25 years ago and, several years later, she followed.

Ms. Alfaro apportions the money “right away, payday, before I buy so much as a stick of gum” — before she manages the budget that feeds their three young children. For her parents, it is a lifeline. “Between my brothers and me — all of us here, working hard — we keep them alive,” she told me. “We pay our parents’ rent, food, medicines. Everything.”

It’s a scenario immigrants know well. Last year, according to the World Bank, migrants sent $401 billion to their families in developing countries. That’s eight times the United States’ budget for foreign aid, including military and economic assistance. It’s roughly equivalent to the gross domestic product of Austria or South Africa. By 2015, the number could rise to $515 billion.

For India or China, which together receive nearly a third of the remittances, the cash flows have a negligible impact on their burgeoning economies.

But for Latin America and the Caribbean, immigrant largess means $62 billion a year the region wouldn’t otherwise have, a bulwark against poverty. It suggests, rightly or wrongly, that emigrating — for all its risks — might be the best thing the poor can do for their countries.

Remittances account for at least one-fifth of Haiti’s economy. In Honduras, El Salvador and Guatemala — the largest sources of undocumented migrants in the United States, apart from Mexico — officials know that, without that financial windfall, they’d lose as much as 19 percent of their national income. With it, their governments can boost their credit ratings and borrow more. The $23 billion a year that Mexicans send home from the United States may amount to only 2 percent of Mexico’s gross domestic product, but it has pulled whole villages out of poverty.

As colossal an economic engine as $401 billion represents, its true impact is probably even larger. What of the funds that are never counted: stealth dollars that bypass the system entirely? Unlike Ms. Alfaro, I don’t send remittances through an international bank. The money I’ve sent for years to support an elderly aunt in my native city of Lima, Peru, is delivered by family members, in dollars. The Peruvian currency I mail to a 15-year-old girl I know in an Andean town near the border with Bolivia is tucked into packages containing shoes, clothes and school supplies. Remarkably, not one package has ever been stolen.

The money sent home from Maryland by Clara Gonzalez, a native of Venezuela, is paid in cash to a friend in Miami whose sister owns a beauty parlor in Caracas. The friend buys wholesale cosmetics in Miami and ships them to Venezuela. Bolivares, in return, appear magically on the doorstep of Ms. Gonzalez’s shambling old family house in La Guaira. Economic relief flows in such novel ways.

But there is exploitation, too. Every Friday, lines of immigrants coil out the doors of Western Union, MoneyGram and other transfer services, which often charge exorbitant fees. Last year, the Justice Department reported that, between 2003 and 2009, rogue agents at MoneyGram tricked regular customers, including many migrant workers, into wiring them money, by posing as family members. The scheme robbed them of more than $100 million.

There’s also the question of economic volatility. During the 2007-9 downturn, many migrants in the United States — gardeners, busboys, construction workers, maids — were the first to be let go. They were barely able to subsist, much less send money home. Ms. Alfaro’s husband, then working in a convenience store, was laid off. The family’s sudden impoverishment was felt keenly in a little village in El Salvador. Much the same is happening today to Latin Americans in Spain. Which raises the question, are remittances little more than Band-Aids? Or can they help build a foundation for lasting economic development?

The World Bank is bullish, especially in view of immigration reforms being debated in Congress. Over time, the bank says, legalizing 11 million unauthorized workers could have a huge positive economic impact on Latin America.

“It’s all about the interconnection between countries,” says Tamar Jacoby, director ofImmigrationWorks USA, an alliance of businesses that support an immigration overhaul. “The outside knows us better than we know them. It’s so asymmetrical.”

Certainly, the Salvadorans Ms. Alfaro grew up with see us Americans more clearly than we see them. The hemispheric lens is already pointed in both directions, even when we aren’t looking.

Marie Arana, a biographer of Simón Bolívar and a senior adviser to the librarian of Congress, is a guest columnist.