A stable peso and freer trade have allowed the majority of the population to escape poverty.

Tales of beheadings, bloody shootouts and execution-style murders in this country have overshadowed another story that, in the long view of history, is undoubtedly more significant. It is the rise of a Mexican middle class.

This little-noticed development is thanks not to government welfare or foreign aid but mainly to the opening of markets and to the end of the central bank’s practice of financing the government. Growth in the last decade has been nothing to brag about and key reforms are still needed if Mexico is to become a developed country. But as Banco de Mexico Governor Agustin Carstens told me over breakfast at the central bank here last month, institutional changes on the fiscal, financial and monetary fronts since the 1995 peso crisis have all contributed to increased price stability, a key factor in wealth accumulation.

One thing Mr. Carstens did not mention—since he is as diplomatically skillful as he is mindful of the high cost of inflation on Mexican households—is that Mexico has avoided running up huge fiscal deficits in recent years, despite a U.S. Treasury push for stimulus spending by the G-20. Mexico had been there and done that. When government goes hog-wild, markets worry that the debt will be monetized by the central bank. Mexican President Felipe Calderón of the National Action Party (PAN) wisely resisted. 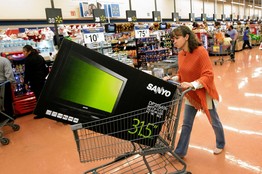 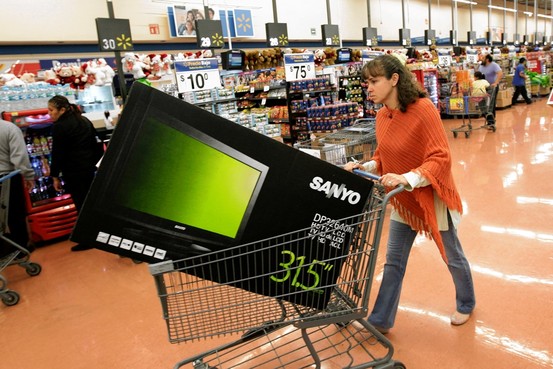 ReutersA sale day at a Wal-Mart in Mexico City.

It was as much a political decision as it was economic. In a recently released book “Mexico: A Middle Class Society,” Mexican economist Luis de la Calle and Mexican political scientist Luis Rubio describe a nation where many politicians still think of the electorate as rural and poor but where consumption patterns reveal a trend toward urbanization and upward mobility. Judging by family incomes but also by things like housing rental and ownership, appliance purchases, Internet access and trips to the cinema, they argue that today “the middle-class population is the majority in Mexico.”

This has occurred, the authors say, “by combining the income of various family members [including remittances from abroad] rather than through the increased income of an individual or couple.” In other words, Mexico has not achieved the wage gains generally associated with a rising middle class.

So what’s different? For one thing, the North American Free Trade Agreement has meant an opening of the retail sector, giving Mexicans access to quality products at competitive prices. Second, family incomes are no longer being destroyed by successive devaluations and bouts of inflation triggered by fiscal crises.

The gains from this fiscal and monetary restraint are likely to have major implications for North American stability because, as Messrs. de la Calle and Rubio write, “In Mexico, the middle class has felt the consequences of the financial crises more than any other social group. It’s no coincidence that their political inclination is to be conservative and to reject any alternative that could destabilize their security.”

Mr. Carstens describes the process of “keeping a lid on inflation” as a “balancing act” because rising international commodity costs “generate upward pressure” on prices and so can peso weakness. The bank, he says, has tried “to keep [interest] rates as low as possible given [these constraints] in order to support as much as possible the economy.” It hasn’t been easy. Federal Reserve Chairman Ben Bernanke’s decision to flood the world with dollars has pushed food prices higher while financial scares around the globe—subprime and Europe—invariably send investors rushing out of currencies like the peso and into the dollar.

The Americas in the News

Get the latest information in Spanish from The Wall Street Journal’s Americas page.

Mr. Carstens likes the “flexible” exchange rate-regime—in place since 1995—and credits it with allowing Mexico to adjust to shocks beyond its control while maintaining stability. But of course there are plenty of examples of flexible currency regimes that generate inflation. The real secret to Mexico’s inflation success, despite global financial turmoil, is an institutional commitment to fiscal discipline and transparency.

The central bank can now boast, as Mr. Carstens did to me, that it “adheres to all the best practices,” including publishing central bank minutes with a two-week delay. But it has also received help from the Mexican Treasury. Mexico now has a fiscal deficit of just over 2%, making it among the most fiscally restrained members of the Organization for Economic Cooperation and Development. Mexico’s ability to sell long-term bonds is a testimony to greater investor confidence.

Much more needs to be done. Politicians have rejected attempts to switch to countercyclical budgeting, which would imply saving for a rainy day some of the oil-bonanza proceeds generated by Mr. Bernanke’s easy money policy. How the Treasury will perform under future Mexican governments is far from clear. What is more certain is that the growing middle class won’t take kindly to the party or politician who next messes with their hard-earned gains.