After Stagnation, a Revival for Mexico’s Financial Sector 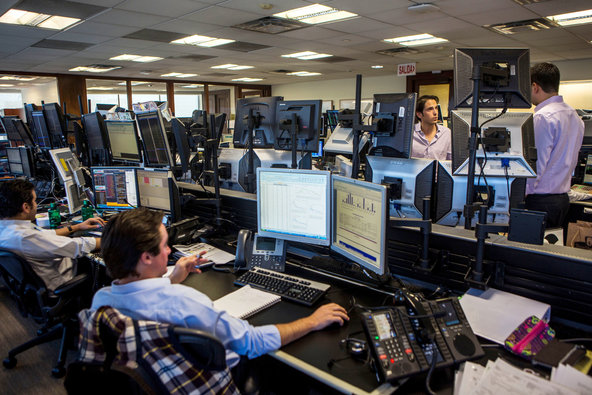 MEXICO CITY — When Banco Santander held the $4.13 billion public stock offering of its Mexico subsidiary here last September, a mariachi band and Mexican folk dancers set the festive mood for a media breakfast in a sun-filled dining room atop the stock exchange’s skyscraper.

The offering — the largest ever in Mexico and trailing only initial public offerings from Facebook and Japan Airlines in terms of size in 2012 — was just one sign of the strong revival of the nation’s financial services sector.

And with the continuing crisis in Europe and lackluster growth hurting the United States and other economies, Mexico’s growth prospects are attracting investment banks and investors hunting for ways to gain greater exposure to international markets.

It is a marked change from just a few years ago, when the loss of manufacturing jobs to China and recession in the United States had left the country’s economy stagnant for the better part of a decade.

The current atmosphere is not without risks. For one, the new government has yet to present a convincing plan for tackling organized crime and drug cartels, which carry out kidnappings and gruesome killings that still dominate headlines. And persistent low wages in Mexico also serve to tamp down domestic demand.

Still, changes have taken place to foster optimism in the financial services industry. The new government of President Enrique Peña Nieto, who took office in December, has managed to recast the country’s image by moving vigorously on legislation to attack problems that are a drag on growth.

Even before Mr. Peña Nieto took office, prudent policies had whittled away government debt, built up foreign reserves, controlled inflation and stabilized the peso. Growth of about 4 percent in 2011 and again in 2012 outpaced Brazil.

“Investment bankers benefit from upswings and downturns,” said Mauro Guillén, a professor of international management at the Wharton School at the University of Pennsylvania. “Everybody is expecting a lot of deals in Mexico.”

The financial services industry is making up for lost time, jumping back into an emerging market that had long been overlooked. The sector’s growth is also being helped by an important new player in the local market: Mexico’s pension funds, which manage nearly $160 billion in assets. That figure is expected to double over the next six years, according to Carlos Ramírez Fuentes, the president of Consar, the government’s pension fund regulator.

“The Mexican financial system is still relatively small,” Mr. Ramírez said. “The resources are growing fast, and you need different alternatives for investment.”

Mexico created a pension plan 15 years ago that channels a percentage of each worker’s salary into a private fund, run by a manager called an Afore, a Spanish acronym.

For the first decade, Afores were limited to buying government debt. As regulators began to relax the rules, the funds diversified into corporate debt, and then into the stock market and structured finance instruments.

The pension funds continue to “redefine the capital markets” in Mexico, said Jaime Martínez-Negrete, the president of Morgan Stanley Mexico, which opened a broker-dealer in late 2010 to serve the local market. “It’s a market that is becoming more deep and broad in its products.”

To attract investment from those pension funds, Mexico’s stock market and the finance ministry created a special vehicle, a structured equity security known as a CKD.

The CKD allows investors to buy into a publicly traded fund that typically invests in infrastructure, real estate and private companies. Since they were first created in 2009, there have been 29 issues, worth about $4.8 billion.

A subset of the CKDs has been Mexico’s version of real estate investment trusts, known as Fibras. “There is enormous potential for growth and development for CKDs and Fibras,” said Gema Sacristán, chief of the financial markets division at the Inter-American Development Bank in Washington. “Mexico’s regulators should continue looking for new investment schemes and institutional investors.” 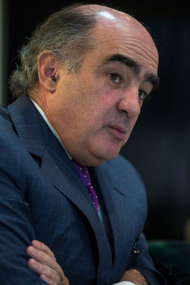 Adriana Zehbrauskas for The New York TimesLuis Téllez, the president of the Mexican Stock Exchange.

Mexico’s stock market is also showing signs of revival, although it is still relatively small compared to Brazil’s, its main rival in Latin America. With only a handful of new issues a year or even less, the stock market is worth just 46 percent of gross domestic product, compared with about 150 percent for Brazil, Luis Téllez, the president of the Mexican Stock Exchange, said.

But initial public offerings are showing signs of life. Mr. Téllez said he expected 15 I.P.O.’s this year, although the total amount they raise may be lower than in 2012 because of the size of the Santander deal. Last month, Sempra Energy’s Mexico subsidiary raised $600 million in the exchange’s third corporate I.P.O. of the year.

Also among this year’s offerings was the I.P.O. of Grupo Sanborns, the retail arm of the billionaireCarlos Slim Helú’s empire. It sold $950 million in shares to finance expansion.

Both foreign and domestic investors are buying the shares, Mr. Téllez said. “For foreign investors, it is very reassuring that there are Mexican institutional funds that can also take the paper.”

There are a number of more subtle factors working in favor of more stock offerings, bankers say. One of those is an evolution in the closely held family-owned businesses, which have been reluctant to list or have so few shares floating that they are very illiquid.

Another change may be a move by more multinationals, like Santander and Sempra, to sell shares in their subsidiaries in Mexico, where growth prospects are higher than at home.

Wal-Mart’s Mexican subsidiary, for example, which is the country’s largest private employer, trades on the Mexican exchange at about double the price-to-earnings ratio that Wal-Mart Stores trades at on the New York Stock Exchange.

“Right now, we have experienced the longest period in three decades of a continuous open window for equities,” Mr. Martínez-Negrete said.

The market for credit is also growing. After the peso crisis of 1994 sent Mexico’s banks into free fall, they were sold off to global banks. But the new owners were conservative about lending in Mexico. The banks are strongly capitalized and have complied with new international standards known as Basel III.

The government’s sound finances means it can issue 30-year bonds priced in pesos. Foreign funds are buying along with local ones. “This shows a lot of confidence in the currency and in the credit of the government,” Mr. Cepeda said.

For the first time in many years, local companies are generating cash and looking to expand at home and abroad, said Alfredo Capote, the head of investment banking at Banamex, Citigroup’s Mexico subsidiary. “Investors like these stories because there are very few stories of growth and consolidation around the world,” he said.

At the same time, foreign manufacturers are returning to Mexico as a production platform for the recovering American market. At the top of that list are global automakers, which are investing $10 billion in new assembly plants.

Mexico “has exported its way to prosperity,” said William H. Gross, the founder of Pimco, which has been accumulating Mexican sovereign debt over the last 18 months. “They now own dollars as opposed to owing dollars.”

A version of this article appeared in print on 04/05/2013, on page B5 of the NewYork edition with the headline: After Stagnation, a Revival for Mexico’s Financial Sector.